Born Ancon, Panama; admitted to bar, 1972, Oklahoma. Education: B.S., University of Oklahoma (1969); J.D., University of Oklahoma College of Law (1972); in private practice in Blackwell, Oklahoma from 1972-1987; served as Assistant District Attorney for Kay County from 1972-1974;served as Blackwell City Attorney from 1975-1987; served as Norman City Attorney from 1987-2004. Member of the National Association of Bond Lawyers, Fellow of the American College of Bond Counsel, Member of the  American, Oklahoma and Cleveland County Bar Associations; admitted to practice in the United States District Court for the Western District of Oklahoma, United States Court of Appeals for the Tenth Circuit; appointed by the Oklahoma Supreme Court to serve as Judge of the Court of Appeals, Temporary Division No. 74. Served on Oklahoma Bar Foundation Board of Trustees; served on Board of Directors of Oklahoma Municipal Power Authority; served on Board of Directors and held all executive offices in Oklahoma Municipal Attorney's Association.  Mr. Raley was selected for inclusion in the 1st Edition of Marquis Who’s Who in American Law.

Mr. Raley joined the firm in 2004 after serving as City Attorney for the City of Norman for seventeen years.  Mr. Raley serves as a primary contact for meetings, document preparation, etc. Mr. Raley has participated in several school financings and municipal bond financings. His background in municipal law complements the firm's municipal bond law practice and he continues to serve as a valuable resource for municipal attorneys throughout the State of Oklahoma. 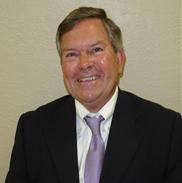